Proactive Engagement: The Adoptive Parent’s Responsibility When Parenting A Child Of A Different Race

Parents who adopt outside of their race have a critical responsibility to their child’s racial identity. Adoption Advocate No. 146 provides prospective and current transracial adoptive parents with a starting point for understanding core principles of this responsibility, exploring race and racism, and utilizing age-specific guidance and resources to better understand, affirm, and honor their child’s racial identity.

Read Adoption Advocate No. 146 online or download the printable pdf.

By Melissa Corkum and Lisa Qualls

Tricia loved being a mom. When she and Sam married after college graduation, they had dreamed of having a large family. By their tenth anniversary, they had two daughters, ages six and eight, and a four-year-old son. When they learned about the need for foster parents in their community, they decided to become licensed to foster, and thought they might one day adopt. After their first few foster placements, their social worker approached them about two little boys in the foster care system who were available for adoption. Tricia and Sam were thrilled to be selected as the permanent placement.

They finally had the large family they’d always dreamed of.

They knew the boys had experienced adversity in their short lives. Fortunately, they had read all of the recommended books and attended a couple of highly recommended weekend training events for adoptive and foster parents. Tricia even joined a couple of Facebooks groups for foster and adoptive moms.

When the boys first arrived in their home, it seemed everything was going pretty well, with the exception of sleep. One of her sons hardly slept at all which meant Tricia was perpetually exhausted. But as the weeks went on things began to get worse. Her son was getting very upset over seemingly small things. His crying turned into meltdowns unlike anything she’d seen before. He became aggressive towards his siblings. Tricia felt like she had entered a war zone.

Surprise! Gift of Adoption is Offering Grants up to $15k to Qualified Families. Don’t Miss Out!

For our families that live is some of the specific states listed below and can demonstrate a financial need, we have some great news from our friends from GIFT OF ADOPTION, a 501c3 adoption grant making organization.

Grants will be awarded in amounts up to $15,000 to complete the adoptions of vulnerable children. Grants are awarded without regard to race, religion, age, marital status, or sexual orientation.

If you believe your family qualifies and your home study has been completed, we would encourage you to complete the Gift of Adoption’s application here- https://giftofadoption.org/apply-for-a-grant/.

There is no application deadline and grants are awarded monthly. Families are invited to apply anytime after completing their home study and before finalization.

Gift of Adoption awards grants to families in all 50 states. Any U.S. citizen who has an approved home study from a Licensed and Accredited adoption agency, is eligible to apply for a grant. *Financial need must be demonstrated.

While not solely limited to these categories, Gift of Adoption has identified the following as its greatest priorities:

For International Adoption, the priority is to award grants that:

For Domestic Adoption, the priority is to award grants that:

If you have any questions about their grant program, please feel free to reach out to Brian Murphy at Gift of Adoption Fund. He can be reached at (847) 205-2784 ext. 503and via email at bmurphy@giftofadoption.org.  Hopscotch hopes all of our qualified families in need will follow through with an application To this wonderfully generous organization!

Traveling to Adopt During Covid-19

We were ready. We had completed all of the paperwork and it was time bring home our daughter-to-be, Sofija! The countdown was on and we were leaving to adopt her in seven days!
Then came the news that President Trump closed the borders to travelers from Europe. Fearing the worst we immediately began communicating with our agency, Hopscotch Adoptions. Serbia was still open and the decision was ours. Travel or wait and see? We had a quick meeting with our family and the decision was unanimous – pick up Sofija now! But then on March 15, our plans came to a screeching halt when Serbia’s President Aleksander Vucic declared a state of emergency, and nearly every flight in the world was canceled due to Covid-19. We were in limbo as we watched the news and prayed.
Nearly two months later in mid-May, we opened our emails to amazing news! We had been invited to come to Serbia and begin the final stages of our adoption process in-country on June 1… if we were willing to follow certain requirements. Booking flights turned out to be more challenging than we expected, so much so that this mama emailed the White House about 15 times begging for a ride. Finally we got some help from Adoption Airfare who found us a route to Belgrade!
Continue reading>
Posted by Robin Sizemore, Executive Director of Hopscotch Adoptions, Inc at 8:21 PM No comments:

Thanks Viviane Martini for this great opportunity!
The Sizemore Family just made a donation in honor of all fathers of children with special needs, that are able to remain present and support their family, as best they can and to those who choose to be the father to children with special needs when their first fathers could not.
Happy Father’s Day!
Donate to the AAPSN Online Fundraiser for Special Needs Children in Artashat>
Posted by Robin Sizemore, Executive Director of Hopscotch Adoptions, Inc at 12:18 AM No comments:

Join us for an online auction extended through June 19, 7 PM (CST)

To continue to do our part during these times, we have made the decision to hold our 9th Annual Gather for the Gift event via a virtual giving model. The Online auction is extended through June 19, 7 PM (CST).
Win some amazing items while helping children be adopted in loving families! Please share this auction with anyone who may be interested in the available items or in supporting Gift of Adoption.
Make a gift today>
Posted by Robin Sizemore, Executive Director of Hopscotch Adoptions, Inc at 5:38 PM No comments: 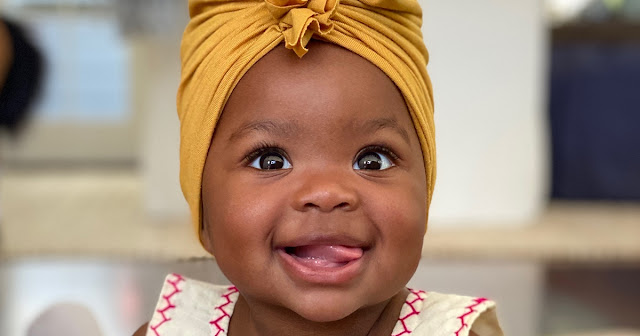 Source: https://www.yahoo.com
By Amelia Edelman
Gerber has been making waves in recent years with its always-adorable, and now more diverse than ever, roster of spokes-babies. In 2018 we were psyched to report on its first-ever selection of a Gerber Baby with Down syndrome, 1-year-old Lucas Warren; 2019’s winner, 15-month-old Kairi Yang, was the first Gerber Baby of Hmong descent. And now the iconic baby food brand has made another powerful choice, announcing that its 2020 Gerber Baby is Magnolia Earl, who is adopted. Little Magnolia is the first adopted Gerber Baby since the company began this tradition back in 1928.
“This is incredible,” Magnolia’s mom Courtney Earl said on TODAY on Friday, May 8, when Gerber’s selection was announced. “It means that when people see our families, or if you see a family that doesn’t necessarily match, that you don’t have to question the belonging of anybody in that family.”
Continue reading>
Posted by Robin Sizemore, Executive Director of Hopscotch Adoptions, Inc at 3:55 PM No comments:

NYTimes.com: An Adoption, a Pandemic and an Evacuation by Maria Abi-Habib

The Mosiers flew to India in March to pick up their daughter. The country locked down before they could leave.

Source: nytimes.com
By Maria Abi-Habib
The little girl, her black curls tumbling over her eyes and her slight frame uncomfortably splayed out on the airplane seat, hid crayons in her armpits the entire flight. She was puzzled how they, like the new people called Mom and Dad sitting next to her, now belonged to her.
Her new parents, Seth and Meg Mosier, looked to each other. Were they doing things right? It was not their first emergency evacuation — they had escaped war and violence before — but it was their first on a one-way flight from India sponsored by the Church of Jesus Christ of Latter-day Saints. And certainly their first with a little girl they had just adopted as a deadly pandemic swirled around the world.
Continue reading>
Posted by Robin Sizemore, Executive Director of Hopscotch Adoptions, Inc at 5:23 PM No comments:

Adoption Is Not Cancelled 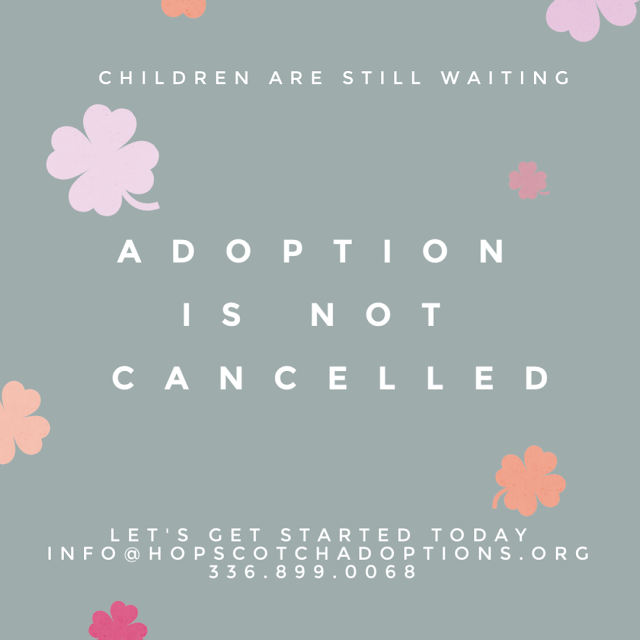 Robin Sizemore, Executive Director of Hopscotch Adoptions, Inc
Robin Sizemore, Executive Director of Hopscotch Adoptions Inc, was recognized in 2012 by the Winston-Salem Alumnae Chapter of Delta Sigma Theta Sorority, Inc as a person who has "Transform Lives and Impacted the Community". Among five other recipients, Robin Sizemore, was recognized in the area of "International Awareness" for her work and advocacy of children through international adoption and aid. Robin was also the recipient of the "Angels in Adoption" award in 2008, in recognition of her service to children since 1995.